Two new projects bring nature to the heart of the city 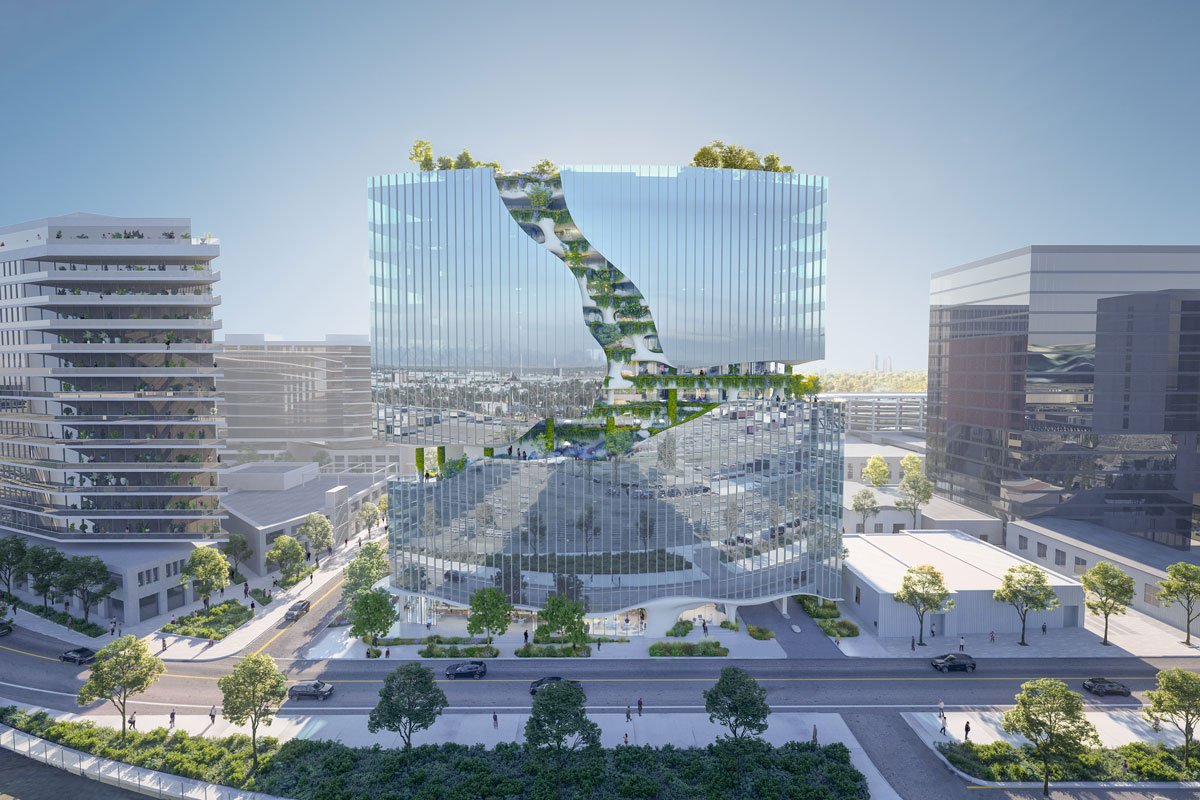 Sometimes, the urban world can feel as far away from nature as a parking garage from a mountain peak. But two new Denver building projects, each mimicking nature in exciting ways, aim to bring reminders of the outdoors into the heart of the city.

Among the most exciting new developments is One River North, located across the street from the 38th and Blake RTD Light Rail Station. Already underway, the building, once finished, will feature what appear to be cracks in the façade, revealing greenery seemingly bursting from inside.

In actuality, the design incorporates “a large, landscaped chasm that carves through ten floors of the building’s exterior, creating a trail that takes hikers four stories up, according to the Denver Business Journal.

The building will be 16 stories in total, offering 187 “for-lease” residences and “more than 13,000 square feet of open-air environment,” notes the Journal, which adds that the “10-story chasm is meant to resemble a slot canyon,” echoing Colorado landforms.

It’s part of a growing trend to bring the natural world into urban environments—also the aim of Populus, another intriguing Denver project. Populus is the name of a hotel project designed to recall the look of an Aspen grove. The three-sided, 13-story building will be located at the intersection of Colfax Ave., 14th St. and Court Place and will comprise 250 hotel rooms and 40 micro-apartments.

Inspired by the growth pattern of Aspen trees, which leave dark, eye-shaped marks on their trunks after shedding their lower branches, the building will feature similarly eye-shaped windows sculpted into a scalloped, white exterior.

The unusual building will offer a rooftop terrace with a bar, greenery and views of the Rockies and Civic Center Park.

Rendering courtesy of One River North