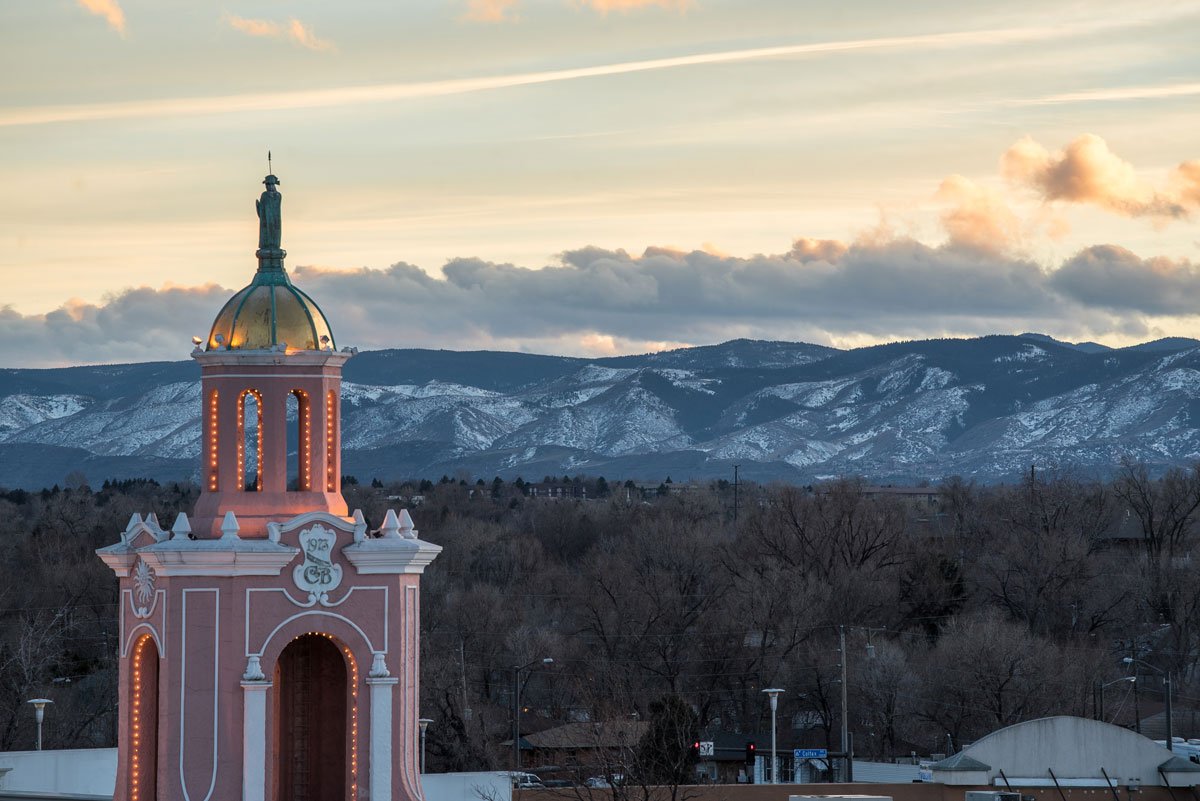 Denver-metro area’s iconic landmarks make it unique. What would the city be without the Red Rocks Amphitheatre, for example, or the giant blue bear peeking into the Convention Center?

But while we appreciate the constancy of our landmarks, we can’t always count on things to stay the same, as evidenced by changes coming to two icons recently in the news.

The first is the air traffic control tower that once stood at Stapleton International Airport. A beacon that can be seen for miles, it was one of the few elements of the old airport to remain after Denver International Airport opened in 1995. Later, it became part of the building that housed Punch Bowl Social, an entertainment/ dining center.

“The 164-foot tower attached to a three-story building is one of the most notable signs of the past in the Central Park neighborhood,” noted the Denver Post.

Now it’s in transition once again. The Punch Bowl Social recently sold to CTRL Tower LLC for $8 million, according to the Denver Business Journal. CTRL’s plans for the building have yet to be disclosed.

If the tower’s sale creates bittersweet feelings, the second project will likely bring a smile. It concerns Casa Bonita, which was recently purchased by South Park creators Matt Stone and Trey Parker for $3.1 million.

The restaurant/entertainment venture has been part of West Denver for nearly 50 years. While patrons fell in love with Casa Bonita’s cliff divers and kitschy décor, they weren’t as enamored with the food. Thus, Stone and Parker have called on award-winning chef Dana Rodriquez — formerly of Work & Class and Super Mea Bien—to revamp the dining experience.

Plans are to offer “an improved menu with specialty cocktails, tortillas made from scratch… and an open space where customers can see all the magic happening in the kitchen,” notes 303 Magazine.

Kitchen magic at Casa Bonita? Count us in for this transition!

“We’re going to make everything a lot better,” Rodriguez told 303.