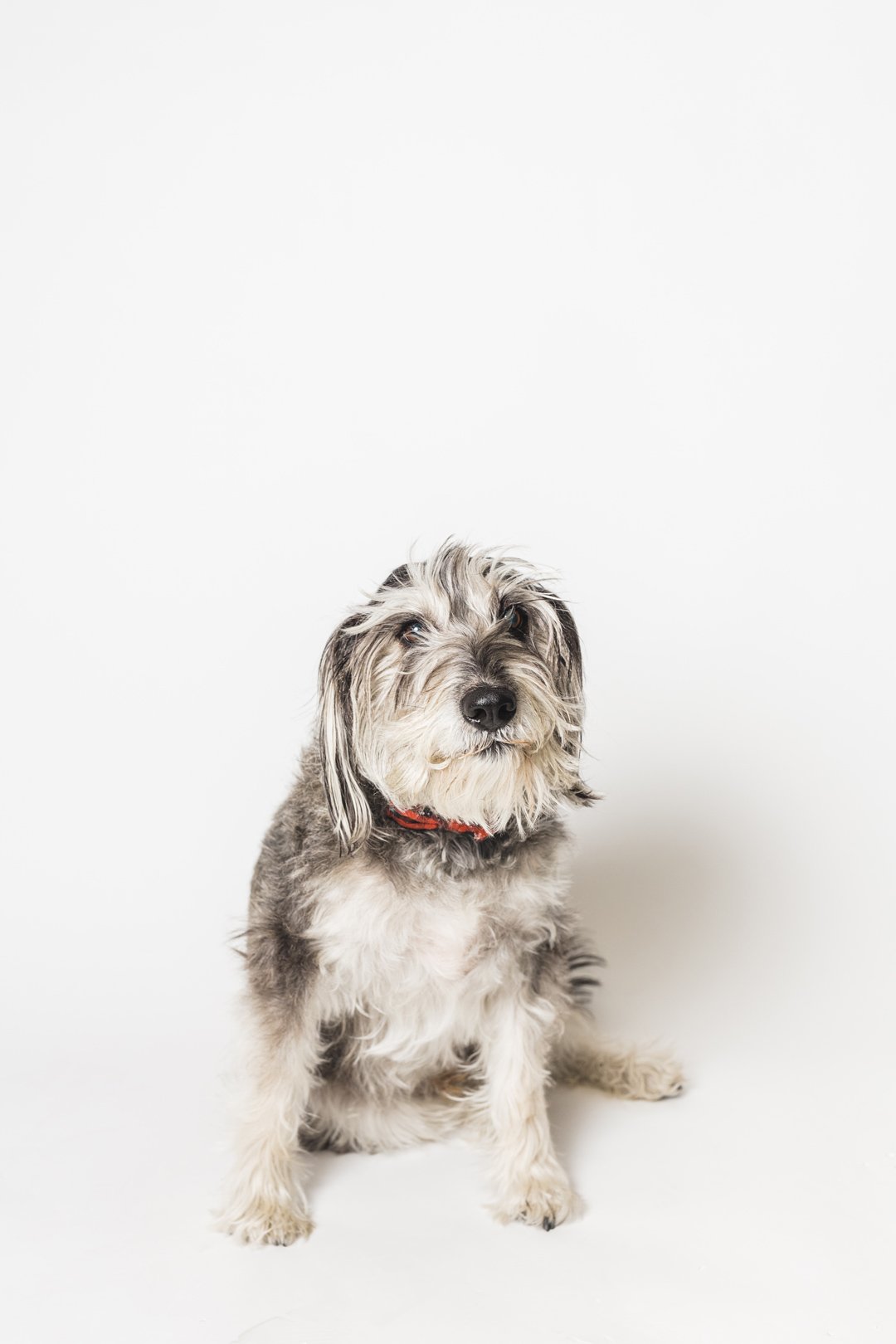 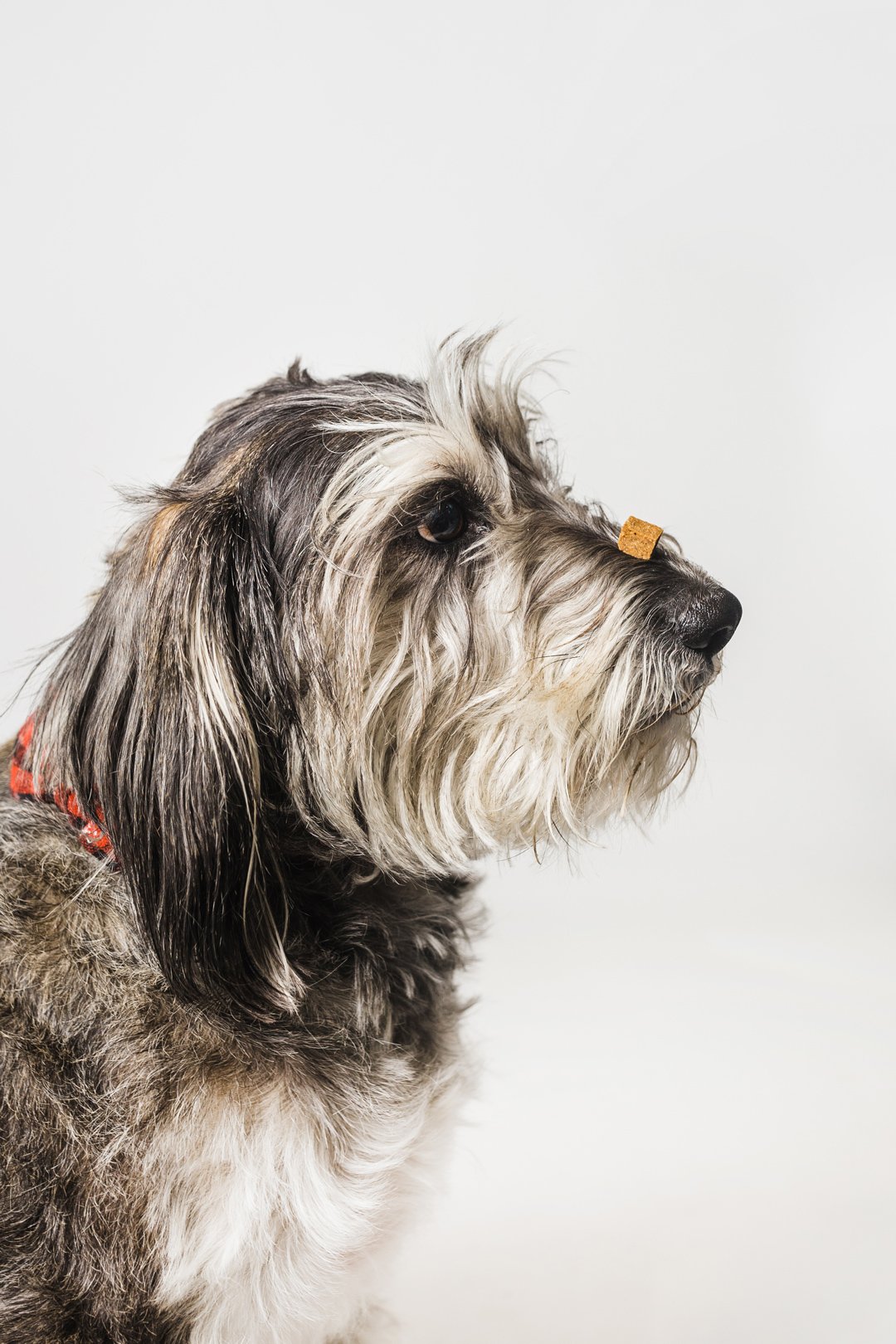 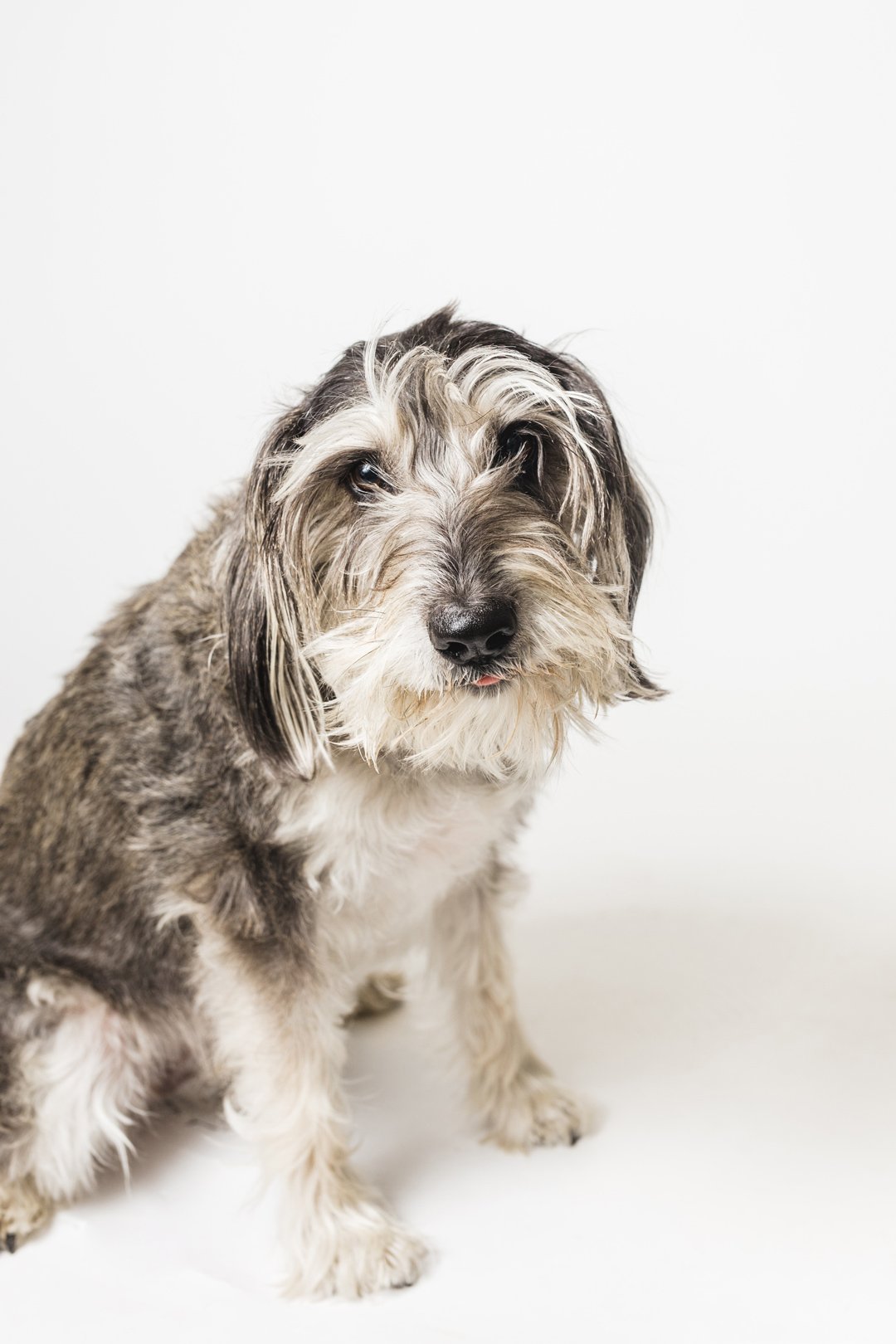 How did you come up with his name?  All of the boys in our family have Patrick as their middle name.

Breed: He’s a mutt!  Half Mini-Schnauzer, The other half is Dalmation, Boxer, Cocker Spaniel, and Pug. Yep, we did DNA testing.

Likes: Eating, playing fetch, walks, happy hour with the family (he always gets a bully stick when we’re mixing cocktails), snuggling on the couch, and when people visit.

Dislikes: Mail people or randoms approaching the house, anybody wearing all black, when mealtime is over, swimming, and when someone touches his tail.

Most happy when: He’s doing tricks for treats, he has the empty jar of peanut butter to lick, it’s happy hour with company.

How did you end up deciding to get a dog? We finally broke down when my daughter at the age of 9 said quietly at bedtime (when the truth always comes out), “I feel like there is a hole in my heart that won’t be filled unless we get a dog.” And we were researching dogs the next day.

Can Murphy do any tricks? He can shake, spin, high five, roll over, play dead, speak, stand up.  Our favorite is when he plays dead on command “BANG!”

What’s his favorite food? Steak, chicken right off the grill!

How would you describe his personality? We call Murphy “Sheriff” because he’s definitely a protector—he wants to make sure everyone is welcome in our house before he relaxes.  He is the sweetest, most loyal, and social dog!

What’s your favorite part about Murphy? That he adjusts to the mood and energy of the house.  He is super chill when we are just relaxing, he can be excited when something fun is going on, or he can go on long walks or play fetch for a long time!

What’s the naughtiest thing he has ever done? He ate the entire Easter candy trail before the kids woke up and threw it up all over the house. Don’t ask how he got access to it—that was a total newbie dog parent fail.

What is his favorite spot in your home? Sitting on the top cushion of the love seat in the living room looking out the window at squirrels.

What’s the best memory you have with Murphy? Probably the day we got him from the rescue.  There was a farmer’s market on S Gaylord where the rescue was set up for an adoption event.  The rescue held him aside for us so we could bring the kids and have them meet him.  The kids were complaining that we were going to the farmer’s market.  Little did they know!!  Our daughter was holding Murphy and we said, “Do you think we should take him home?” And she looked at us like she had just won the lottery and said YES!!  One of my favorite parenting and dog moments.

What’s your favorite thing to do with him?  Playing fetch at the park

What is your go-to neighborhood for walks? Our neighborhood—Southern Hills. He takes us for walks—he decides where he wants to go (and NOT go) and guides us around randomly.

What’s the most rewarding part about being Murphy’s owner? The way he looks at us with such affection.