Denver’s home inventory drought continued to break records in May 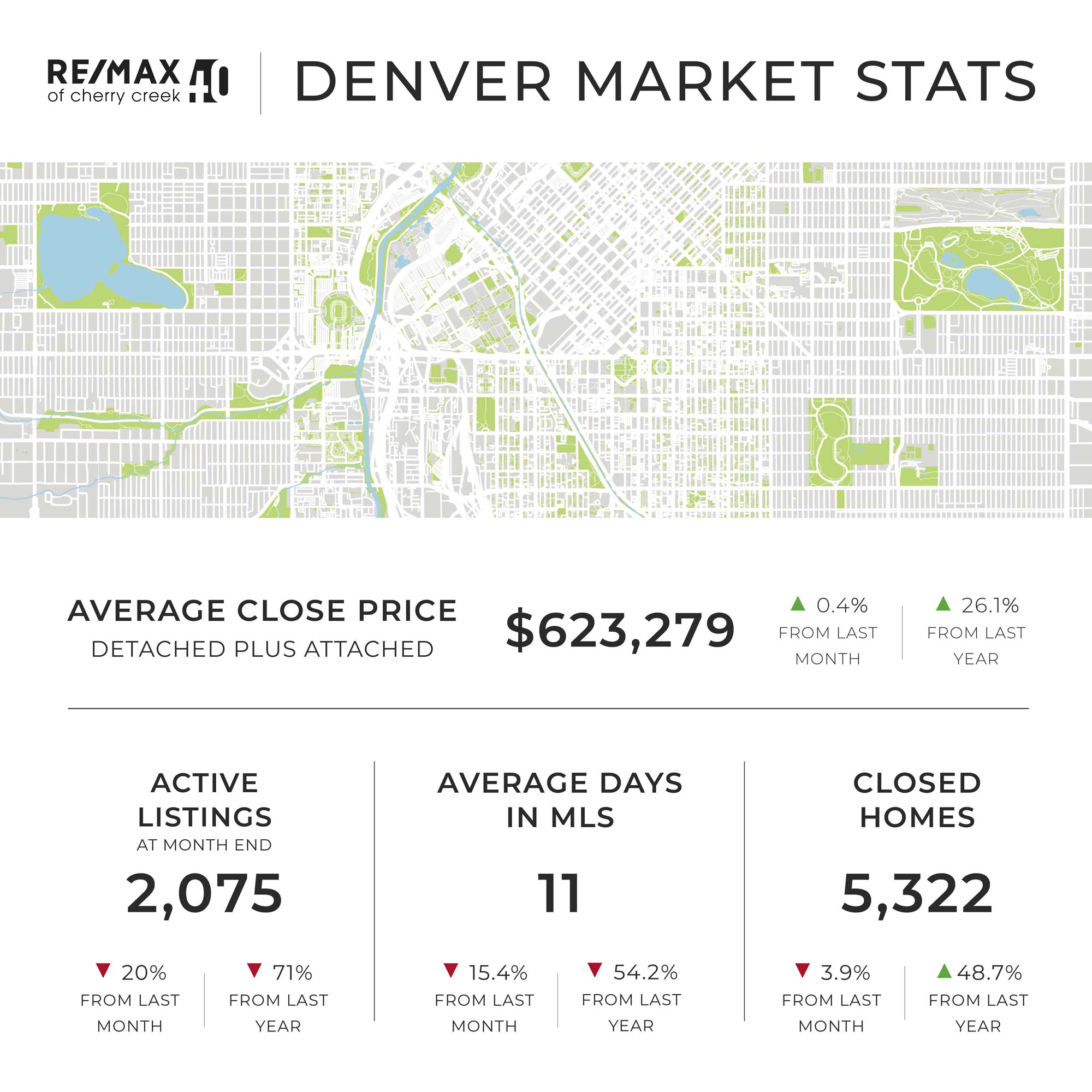 Like the weather that’s become commonplace in the West, Denver’s housing market is in an extreme drought, with record-low inventory sparking a firestorm of buyers paying record-high prices and snapping up homes in a matter of days.

That’s the picture painted by the Denver Metro Association of Realtors’ (DMAR) May report.

In a season when buyers usually see a spike in homes for sale, there were a scant 2,075 single-family homes on the market in May. That’s 71.06% fewer than were on the market last May, smack in the middle of the pandemic, and 20.01% less than April.

The average closing price of homes – both detached and condominiums – soared to $623,279. For detached homes alone, the average price tag jumped even higher — to $700,559.

Meanwhile, if buyers took a minute to consider their options, homes were purchased out from under them. Detached homes and condos sold in an average of 11 days; 8 for detached homes alone.

No wonder “buyer’s fatigue” —as DMAR Market Trends Committee  Chair Andrew Abrams calls it—is a common new malady. “How often does a buyer have to go out to see a house, write an offer and do it again until they finally get to call that house a home? For the lucky ones, just once or twice, but for the unlucky ones, it could be dozens of times over the span of months,” wrote Abrams in the DMAR report.

Home buyers continued to waive inspections and bid thousands over the asking price to land a home. It’s a game that seems to have no ceiling: “It’s almost like the list price is considered the base price now. It’s like the starting auction price,” one broker told 9News. “If you can afford $600,000, you’re starting at [$500,000] so you can play the game and you can bid.”

So is it time to sit on the sidelines and wait for the market to cool and the drought to subside? That could be a risky decision, say some.

“It’s almost like, can you afford not to get in the game?” asked one broker, also on 9News. “If you’re out there on the fence and if you can afford it, you were probably that same person last year saying the same things when you could’ve gotten the house for $100,000 less than what it is now, so who’s to say next year it won’t be another hundred thousand?”

In other words, he added: “The more you sit back on the sidelines not being in the game, it could hurt you even more.”