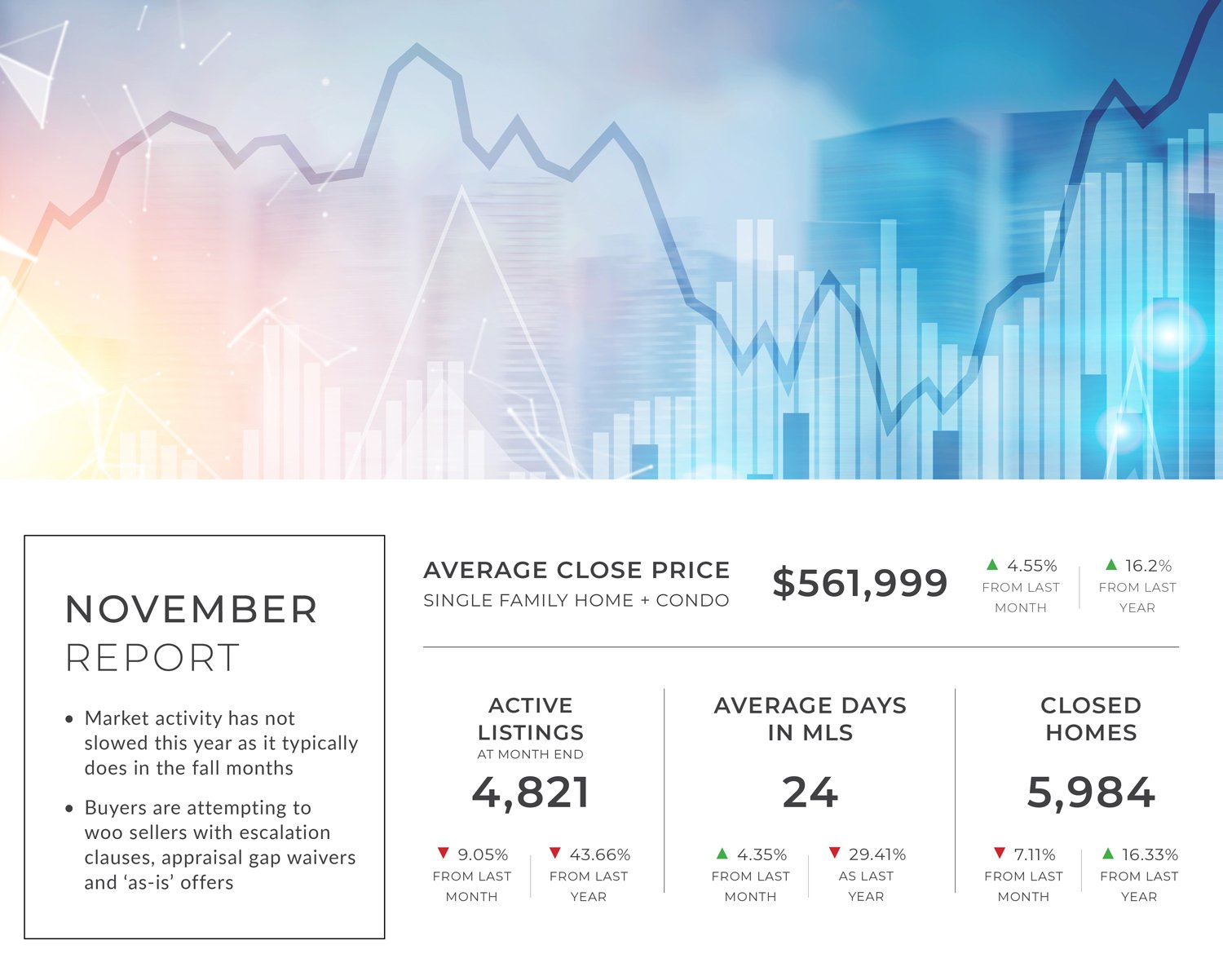 Denver-metro housing inventory dropped to a record low in October, pushing prices to new heights and forcing buyers to scramble to land a home.

That’s according to the latest market analysis from the Denver Metro Association of Realtors (DMAR).

Typically, market activity slows in the fall months. In addition, notes the Denver Post, commonly “buyers will get more skittish ahead of a big election.” This year, that never happened. “They rushed to lock in properties, with listings spending a median six days on the market compared to 17 days a year earlier.”

The DMAR reports that there were 4,821 active listings for residential properties at the end of the month. That’s 9.05% lower than September and an eye-catching 43.66% lower than October of 2019. It’s also nearly 2,000 homes lower than the last record-breaking low.

With buyers competing for such a slim number of homes, it’s no surprise that prices rose in response. The average price of single family homes and attached homes reached a new high in October, at $561,999— 4.55% higher than September and 16.20% higher than October 2019.

Meanwhile, buyers found themselves competing against each other in a frenzy that has marked earlier tight markets. Many curtailed their contingency safeguards as they attempted to woo sellers.

As the market tightens, many fear home prices are growing out of reach for the average Denver resident. One fact in the report signaled that stark reality: “Denver residents must earn at least $109,020 per year to comfortably own a home,” DMAR reported, citing an analysis from GoBanking Rates.com. The median income in Denver is far lower: $38,991. On the flip side, property owners are reaping great rewards as homes appreciate in this fast-moving market, contributing to their financial stability in these tough times.