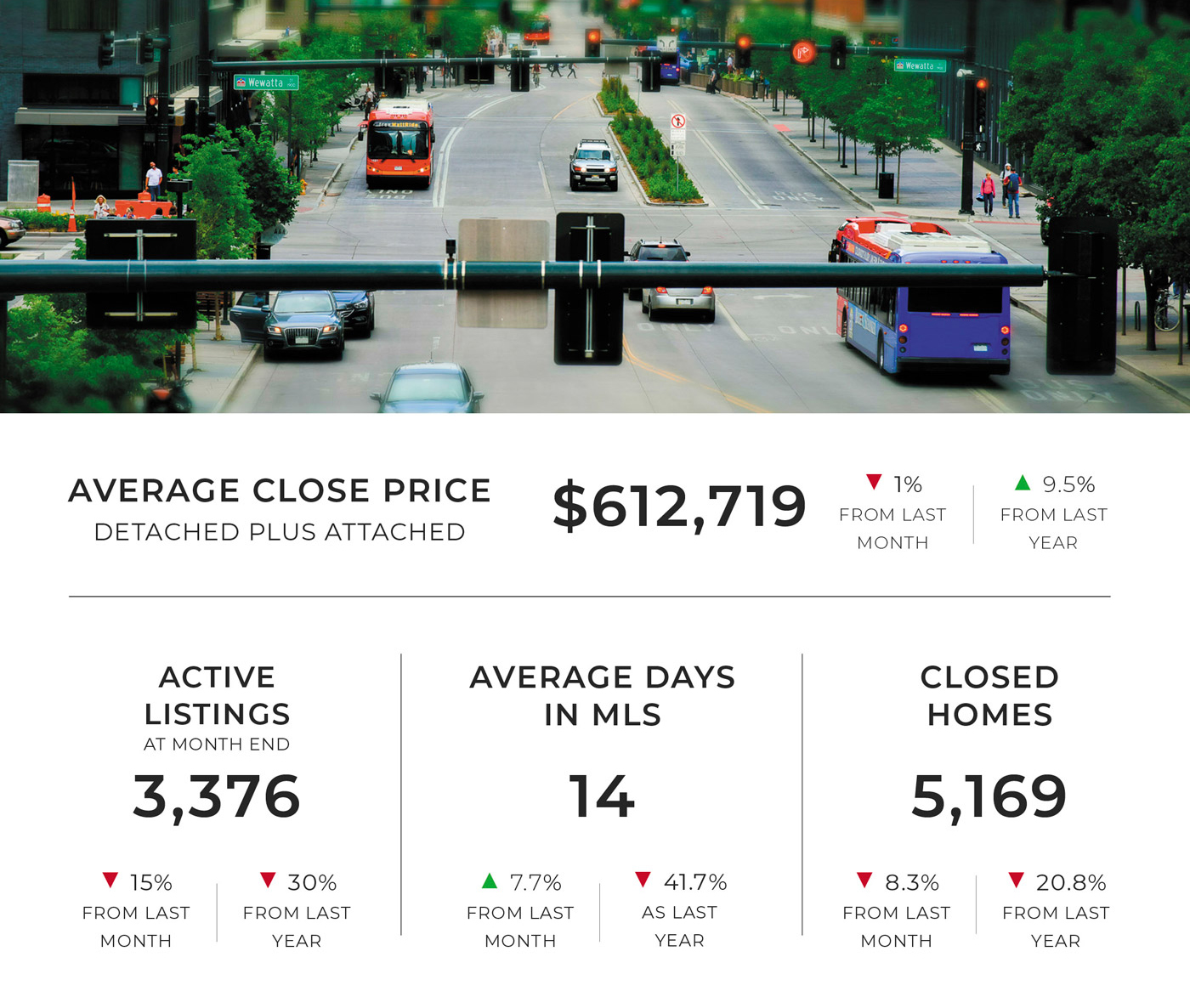 According to the monthly report from the Denver Metro Association of Realtors (DMAR), the number of residential property closings dropped 8.29% from September. Active listings dropped even further – 14.98% from the previous month.

Meanwhile, homes stayed on the market 7.69% longer than in September—an average of 14 days.

“In a continued year of turbulence, October represented a month of relative ease in Denver’s ever bumpy real estate market,” noted Andrew Abrams, chair of the DMAR Market Trends Committee.

While the cooling trend is common for the month, the percentage drop was more dramatic than usual. This October’s decrease in active listings “represents the second-largest decrease on record,” noted the report. “The previous record decrease was 16.79% in 2017.”

Abrams noted that while sellers are still in the driver’s seat, their expectations of selling “for substantially above the asking price,” will need to be tempered for a new reality. Currently, properties are closing at an average of 101.82% of the list price. While that’s still an excellent situation for sellers, homes are sparking fewer extreme bidding wars, yielding less eye-opening outcomes.

In the meantime, buyers are finding reasons to be optimistic. “[T]hose without 20% to put down have a fair shot at a house,” noted Abrams, “and the continued low interest rates can keep monthly payments down.”

In all, Abrams added, “seasonal effects have re-opened the door for those that had previously felt demoralized from the buying process, and Denver is quickly moving into the holiday season, when there are consistently gaps of buyer demand…”

In a nod to the coming Thanksgiving holiday, the DMAR committee chair reminded both buyers and sellers to take a breath and appreciate their respective situations. “Even through this hard process, there is much to be grateful for.”