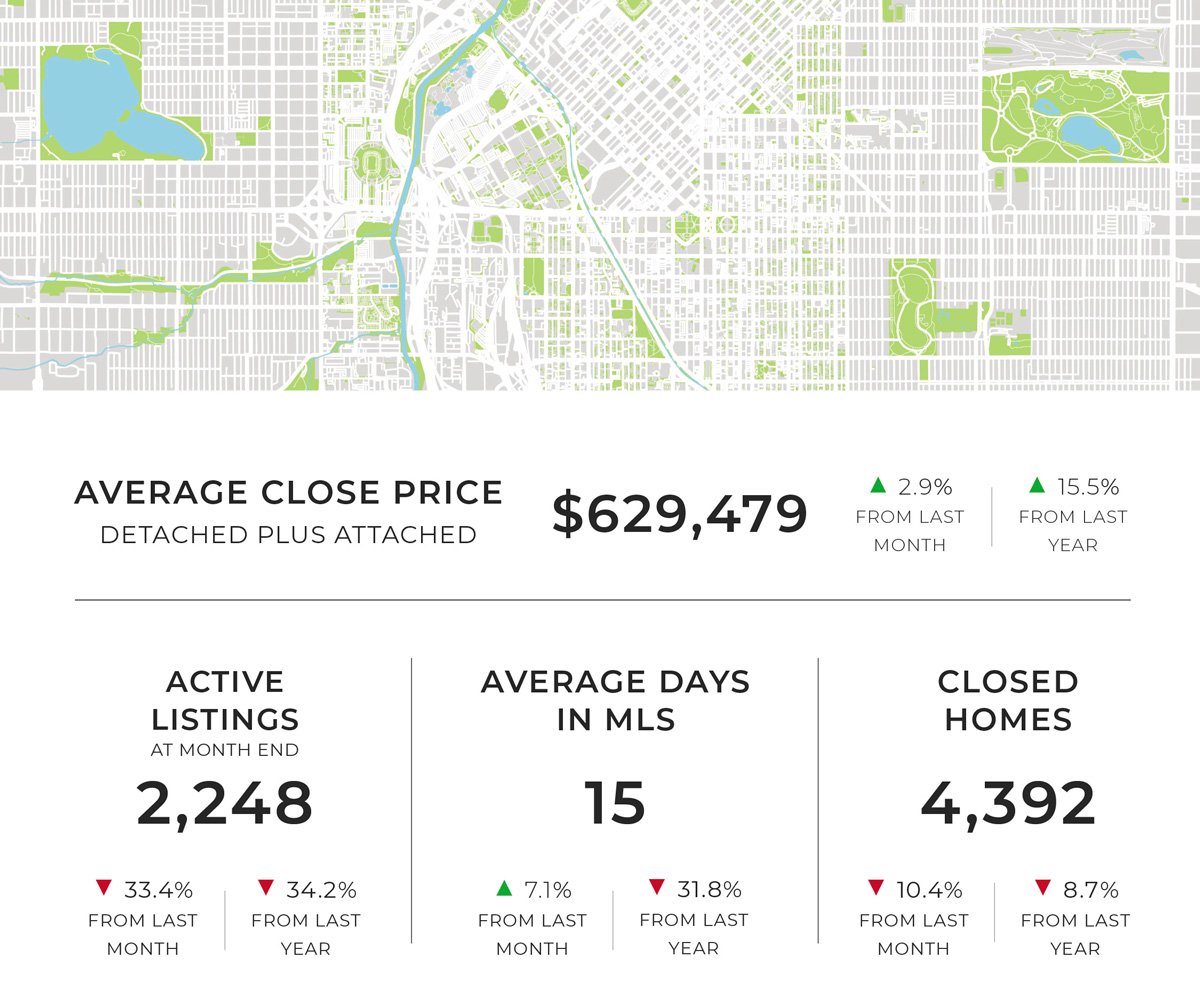 Last month, home inventory dropped to a record-low for November, adding to the already tight competition among buyers.

There were 2,248 active listings in November, according to the Denver Metro Association of Realtors’ (DMAR) monthly report. That’s 33.41% less than in October and 34.17% less than November 2020. The average number of listings for the month is more than six times higher, at 14,180, since record-keeping began in 1985.

Prices rose accordingly. The average price of a single-family home in the metro area was $629,479 in November, representing a 15.49% increase over last November.

The tight inventory is part of a national trend which has buyers scrambling for property.  In fact, the DMAR report notes that in the fray, buyers are increasingly turning to mobile homes, which have increased 40% in price between 2014 and 2019.

The reasons for the inventory issues are manifold. But investors are clearly part of the equation. They are buying up homes at an “unprecedented pace across the country, including in metro Denver,” notes the Denver Post, “… resulting in more competition for individual buyers trying to find a home of their own in an undersupplied market.”

Among those investors in Denver was Zillow, which purchased more than 500 homes in the metro area in recent years, often paying above asking price, notes DMAR. (Zillow has since announced it was shutting down its home-flipping business.)

In sum, buyers remain in a fiercely competitive position, one that isn’t likely to abate in the near future.

“While it may be common for buyers to take their foot off the gas and enjoy Denver festivities, this is the year to put the pedal to the metal in trying to find a property,” writes Andrew Abrams, chair of the DMAR Market Trends Committee. “Interest rates are low, and looking while others are not gives you a competitive advantage, which in this market is a must.”