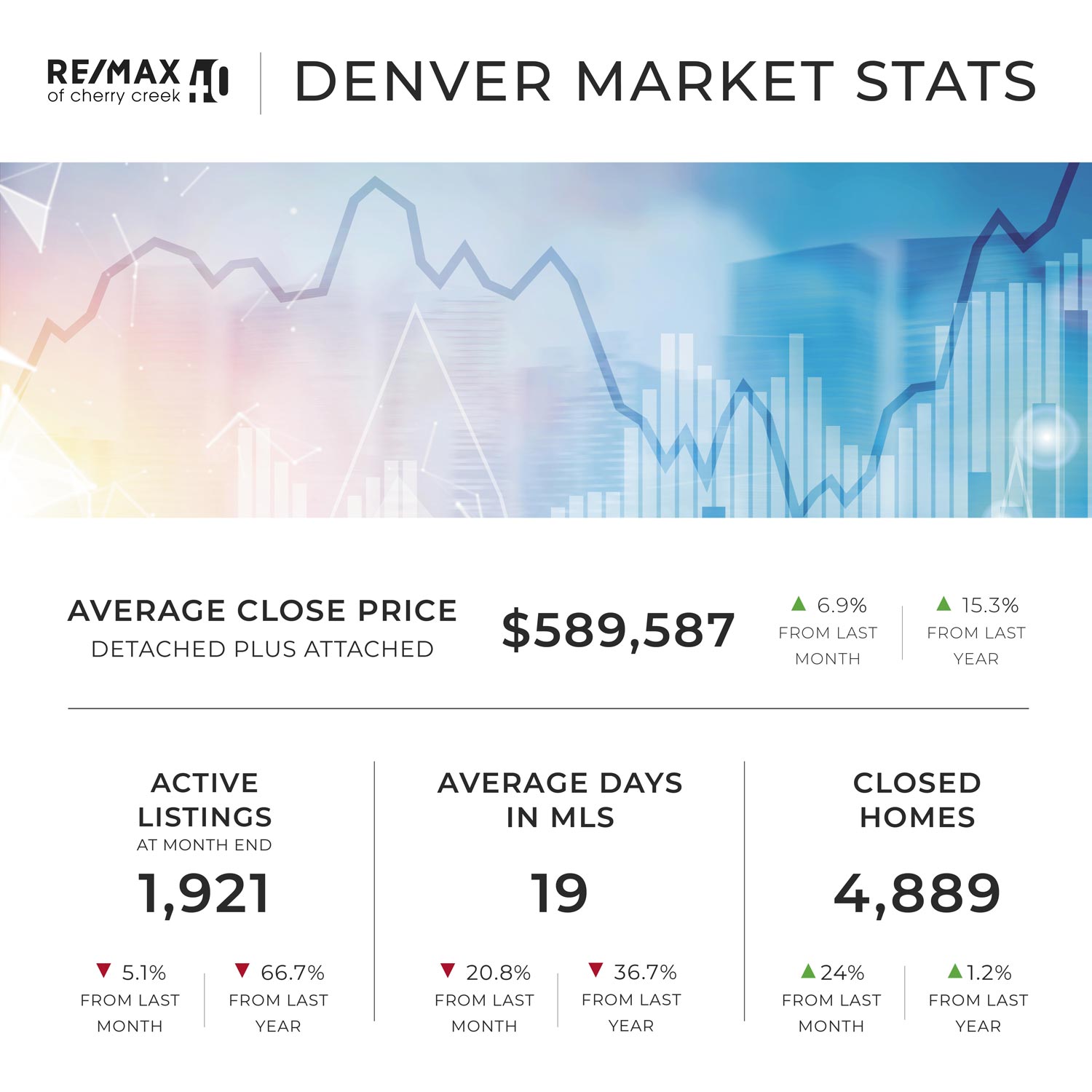 In Denver’s fiercely competitive housing market, what are buyers willing to offer sellers to pin down a home?

“Everything but the kitchen sink,” says Andrew Abrams, chair of the Denver Metro Association of Realtors (DMAR).

Abrams offered his views in DMAR’s latest market report, which shows ever-shrinking inventory, making it one of the most competitive situations in recent history.  In March, the number of homes for sale in the Denver-metro area dropped nearly 67% from last year.

While listings historically rise from February to March, this year, number of active listings declined 5.09% from February, which was already at a record low. Buyers could choose from a mere 1,921 listings. (The average number of listing for March is 14,250.)

Even new building projects have waiting lists for lots, “with hundreds of buyers on them,” according to DMAR.

It’s no surprise, then, that buyers are pulling out all the stops to best each other. “You could pick any statistic in this report that would justify just how much competition there is for buyers,” writes Abrams.

Creativity is the key to landing a home, notes the report. One unusual option is for agents to look at expired or withdrawn listings for clients. “Many of these homes were overpriced, which is why they never sold,” notes the report. “…[O]verpaying slightly for something off-market may be more appealing than jumping into a bidding war.”

Home buyers have also found that waiving inspections and agreeing to buy the home at or above the listed price, no matter the appraisal, often works.

As always in such markets, where prices are rising substantially (in Denver, prices are up 15.26% over last year), some buyers are beginning to wonder if we are in a bubble that will soon burst. Abrams believes that even if demand starts to decrease, prices will not. “[I]t could translate to prices going up at a slower pace and a return to normalcy,” he notes.

He adds that those who hesitate can pay a hefty price for their indecision. Buyers who waited just one month to purchase a $500,000 home from February to March, Abrams notes, would have paid $35,000 more for the same home.

In such a heated market, it’s hard to predict what may happen next. As interest rates tick up, Abrams surmises that the number of buyers may eventually drop.

“The million-dollar question is when?”