The hidden benefits of bicycling

In a rapidly growing city, it’s no surprise that transportation is a major issue, and Denver city officials are currently grappling with ways to revamp traffic patterns. Meanwhile, the benefits of a city that bikes are becoming more evident.

Studies show that cities directly benefit from encouraging a cycling culture. A healthier populace is an obvious plus; less obvious, but equally impressive, are the financial benefits, as demonstrated in other locales. 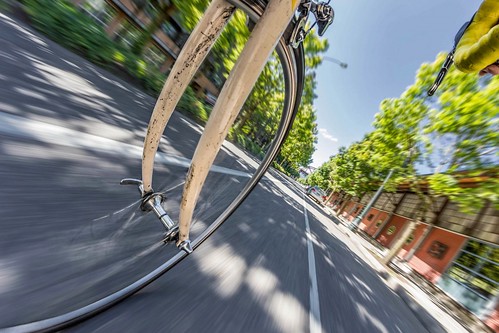 Examining some success stories nationwide, a Washington Park Profile article cited what resulted when a protected bike lane was installed in the Chelsea and Hell’s Kitchen neighborhoods of New York City. After the lane was built, the area experienced a nearly 49% increase in retail sales, compared to a 3% increase elsewhere in the city during the same time period.

Similarly, notes the article, “a study in Portland revealed consumers on bikes spent 24% more per month than customers who drove. While auto drivers often spent more per trip, customers on bikes made more trips, and spent more in total.”

Denver is well on its way to becoming more bike friendly. The city boasts 116 miles of striped bike lanes, according to Washington Park Profile. It also has 107 miles of off-street trails. Plans call for an eventual 450 miles of bike lanes: 300 miles of on-street lanes and 150 miles off street.

In addition, the city plans to add more signs to help bicyclists find their way and, according to Washington Park Profile, it also plans to alter bicycle detection technology at traffic lights, so that lights will change when cyclists are present, just as they do for cars.

It’s all in service of a goal that seems undeniably worthwhile.

“There are overwhelming reasons – whether it’s improving your health, lowering transportation costs or improving the local economy – to park your car whenever possible,” Molly North, executive director of BikeDenver, told the Washington Park Profile.

Want to read about more about what Denver offers, in addition to these awesome perks for bicyclers? Read more here on our website.

And check out our past blog posts here about biking and living green.