RINO, Uptown, the Highlands…Denver’s hot neighborhoods are as easy to spot as the number of building cranes hovering over them. While years ago, property in these areas was relatively inexpensive, today it’s out of reach for many. 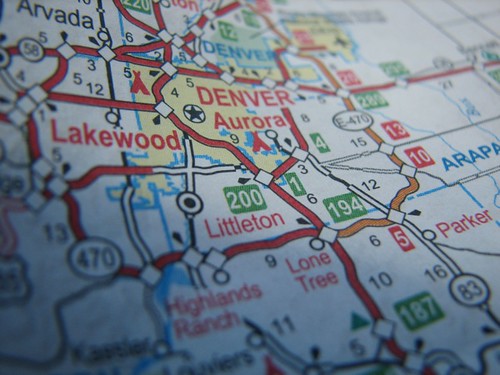 Meanwhile, other less-known parts of town may one day offer the same desirability. These sleeper neighborhoods offer great value with the potential for large gains in the future.

What are up-and-coming areas for Denver real estate?

That’s always a guessing game, to be sure. But several Denver neighborhoods are undergoing development we feel is worth watching. Here are a few to keep an eye on:

This 60-year-old plant in northwest Aurora, near Denver’s Stapleton neighborhood, once produced aircraft ejector seats. Vacant since 2009, the 140,000 square foot building will soon transform from a dilapidated eyesore into a $25 million retail and events center with more than 30 tenants, including a beer hall and restaurant managed by Denver’s famed restaurateur Kevin Taylor. City officials predict this will jump-start improvements in surrounding areas.

At one time, Gates was Denver’s largest employer, with more than 5,500 workers. Manufacturing ended in 1991, and the company was later sold in 1996. The building at I-25 and Broadway is now part of planned redevelopment that will see a mix of apartment complexes, office buildings and retail space, all in close proximity to Denver’s light rail. Denver Mayor Michael Hancock praised the project as helping to deliver “what neighborhoods need to thrive.”

Formerly the site of St. Anthony’s Hospital, now relocated to Lakewood, this West Colfax area is being redeveloped to serve as a town center for surrounding neighborhoods. It will include an apartment building project, a high-end hotel, restaurants and an Alamo Drafthouse Cinema. The project is expected to benefit from its proximity to the RTD W Line and, again, greatly enhance the buzz of the neighborhood.

If you are interested in Denver real estate and looking at properties in these areas, or elsewhere, remember that your broker is here to help. Contact our office today and we can explore Denver’s hot neighborhoods of tomorrow!